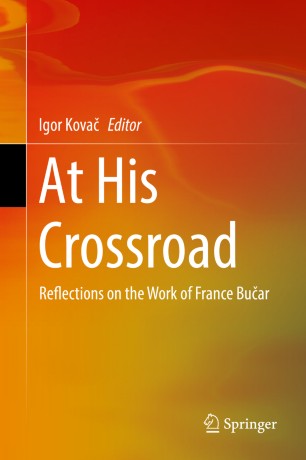 Reflections on the Work of France Bučar

This book is a translation and celebration of Slovenian politician France Bučar’s seminal work. Divided into two parts, the book first contains several studies of Bučar’s arguments. As Bučar applied his system theory to a variety of issues, so too the conglomerate of scholars and issues critically assessed is interdisciplinary, ranging from political science and economics, to law and philosophy, as well as to natural sciences. The contributors and the questions of their essays in the edited volume are as follows. Peter Verovsek (University of Sheffield) examines different branches of Critical Theory and classifies Bučar within them. Mark Hamilton (Inter-American Defense College) discusses system dynamics of Bučar’s system theory. Urška Velikonja (Georgetown University) applies Bučar’s system theory to the question of the ethics, rules, and regulations in financial economics. Finally, Matej Drev (Georgia Institute of Technology) connects Bučar to the issue of artificial intelligence and inequality.

The second part is the English translation of Bučar’s book At A New Crossroads, which addresses the role of ethics in society. Bučar normatively redefines national identity as the crux of his novel understanding of ethics. Using system theory, he addresses the problems of globalization and governance, presenting a post-modern synthesis of the logic of free flow of capital and global citizenship, with national and cultural identity. Speaking to contemporary society, he shows how society and ethical life are reproduced. Bučar provides the reader with new tools to think about national identity and global politics.

Bringing an important work on ethics, government, and identity to an entirely new readership, this book will appeal to a broad academic audience, namely students and practitioners in the fields of economics, social sciences, and humanities.