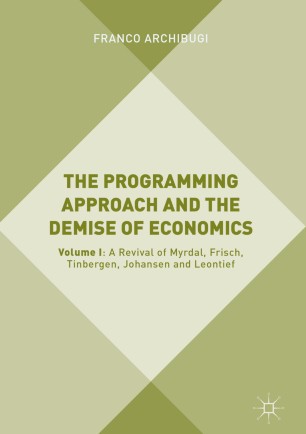 The Programming Approach and the Demise of Economics

Volume I: A Revival of Myrdal, Frisch, Tinbergen, Johansen and Leontief

of economics, arguing for a radical overturning of the conventional analysis from a

“positive” approach to a “programming” approach. This overturning leads to a reappraisal

Engineering and Physical or Spatial Planning.

scientific paradigm for the social sciences, a political preference function and a general

epistemological approach of the entire science of economics.

Volume II explores oppositions to the traditional and conventional teaching of economics,