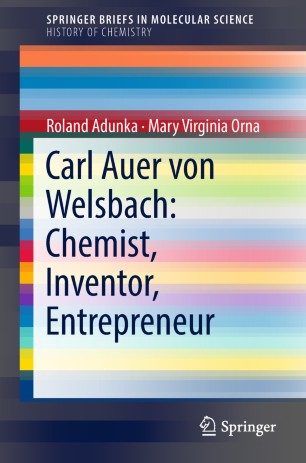 This Brief documents the life, discoveries and inventions of the chemist Carl Auer von Welsbach. Particular attention is given to his pioneering work on the rare earth elements, including the discovery of four new elements, which allowed him to develop new materials, to invent new useful devices and to establish major industries.

From the invention of the incandescent gas mantle and first electric incandescent lamps with metal filaments to the first mass production of radium from pitchblende residues, readers will learn the story of his notable legacy to the word through the lens of his rare earths knowledge.