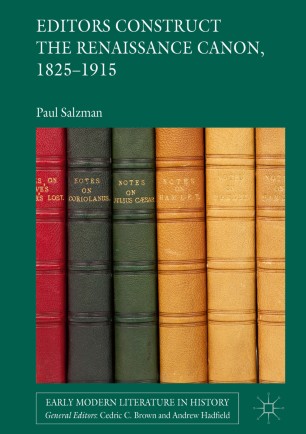 This book argues that nineteenth-century editors created the modern idea of English Renaissance literature. The book analyses the theories and practices of editors who worked on Shakespeare, but also on complete editions of a remarkable range of early modern writers, from the early nineteenth century through to the early twentieth century. It reassesses the point at which purportedly more scientific theories of editing began the process of obscuring the work of these earlier editors. In recreating this largely ignored history, this book also addresses the current interest in the theory and practice of editing as it relates to new approaches to early modern writing, and to literary and book history, and the material conditions of the transmission of texts. Through a series of case studies, the book explores the way individual editors dealt with Renaissance literature and with changing ideas of how texts and their contexts might be represented.