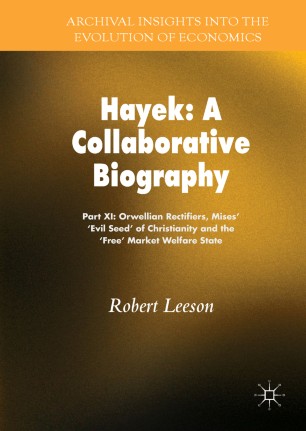 Funded by the tobacco and fossil fuel industries, the Mises- and Hayek-inspired ‘free’ market has adopted ‘The Slogan of Liberty’ - but should their faith-based assertions be accorded the same epistemological status as a science?  If Austrian economics is a branch of divinely revealed ‘knowledge’ - as the epigone Godfather, Hans Sennholz, insists - what validity do its policy recommendations have?  Should those who falsely claim to have PhDs be tax-funded as ‘Post-Doctoral Fellows’ and ‘Professors’?

This volume examines the consequences of the ‘free’ market colonisation of economics – climate change, financial crises and the corruption of academic discourse