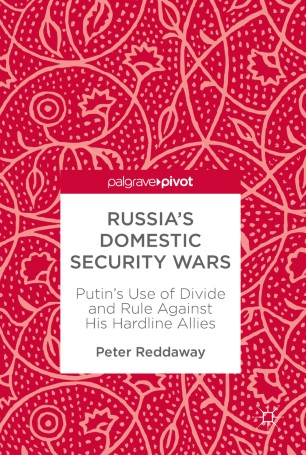 Putin’s Use of Divide and Rule Against His Hardline Allies

The book is a case study of Putin’s use of the tactics of divide and rule in relation to, particularly, the hard-line elements among his supporters. It illustrates Putin's methods of staying in power vis-à-vis groups that might put too much pressure on him, or who might even try to oust him. The project also suggests that Putin’s survival tactics have brought Russia to a deeply corrupt, state-dominated form of authoritarianism, which lacks deep institutional roots and will probably lead in due course to some form of state collapse. This work will appeal to a wide audience including political scientists, academics, graduate students, and everyone who is interested in contemporary Russian politics.