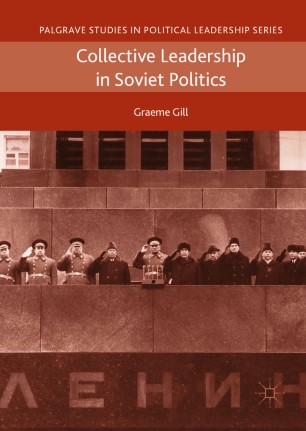 This book studies the way in which the top leadership in the Soviet Union changed over time from 1917 until the collapse of the country in 1991. Its principal focus is the tension between individual leadership and collective rule, and it charts how this played out over the life of the regime. The strategies used by the most prominent leader in each period – Lenin, Stalin, Khrushchev, Brezhnev and Gorbachev – to acquire and retain power are counterposed to the strategies used by the other oligarchs to protect themselves and sustain their positions. This is analyzed against the backdrop of the emergence of norms designed to structure oligarch politics. The book will appeal to students and scholars interested in the fields of political leadership, Soviet politics and Soviet history.