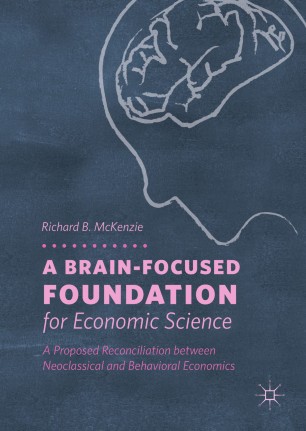 A Proposed Reconciliation between Neoclassical and Behavioral Economics

This book argues that Lionel Robbins’s construction of the economics field’s organizing cornerstone, scarcity—and all that has been derived from it from economists in Robbins’s time to today—no longer can generate general consent among economists. Since Robbins’ Essay, economists have learned more than Robbins and his cohorts could have imagined about human decision making and about the human brain that is the lynchpin of human decision making. This book argues however that behavioral economists and neuroeconomists, in pointing to numerous ways people fall short of perfectly rational decisions (anomalies, biases, and downright errors), have saved conventional economics from such self-contradictions in what could be viewed as a wayward approach. This book posits that the human brain is the ultimate scarce resource, and that a focus on the brain can bring a new foundation for economics and can save the discipline from hostile criticisms from a variety of non-economists (many psychologists).

Richard B. McKenzie is the Walter B. Gerken Professor of Management and Society (Emeritus) in the Paul Merage School of Business at the University of California, Irvine, USA.  He has authored a large number of books, journal articles, and public commentaries mainly focused on economic policies, and he has maintained an abiding interest in economic methodology over the course of his career.