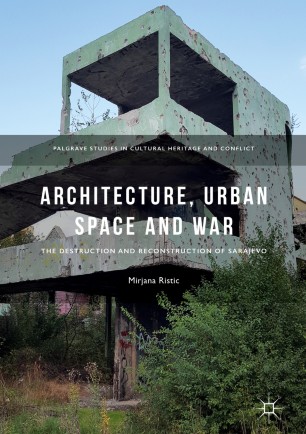 The Destruction and Reconstruction of Sarajevo

This book investigates architectural and urban dimensions of the ethnic-nationalist conflict in Sarajevo, the capital of Bosnia and Herzegovina, during and after the siege of 1992–1995. Focusing on the wartime destruction of a portion of the cityscape in central Sarajevo and its post-war reconstruction, re-inscription and memorialization, the book reveals how such spatial transformations become complicit in the struggle for reconfiguration of the city’s territory, boundaries and place identity. Drawing on original research, the study highlights the capacities of architecture and urban space to mediate terror, violence and resistance, and to deal with heritage of the war and act a catalyst for ethnic segregation or reconciliation. Based on a multi-disciplinary methodological approach grounded in architectural and urban theory, the spatial turn in critical social theory and assemblage thinking, as well as techniques of spatial analysis, in particular morphological mapping, the book provides an innovative spatial framework for analyzing the political role of contemporary cities.