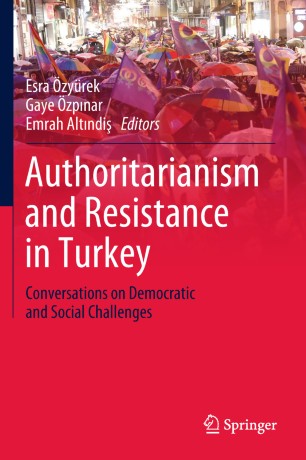 Authoritarianism and Resistance in Turkey

Conversations on Democratic and Social Challenges

This book offers an in-depth overview of Turkish history and politics essential for understanding contemporary Turkey. It presents an analysis on a number of key issues from gender inequality to Islamism to urban regeneration. Based on interviews with leading intellectuals and academics from Turkey, the book’s theme follows the dramatic transformations that have occurred from the 1980 military coup to the coup attempt of 2016 and its aftermath. It further draws attention to the global flows of capital, goods, ideas, and technologies that continue to influence both mainstream and dissident politics. By doing so, the book tries to unsettle the assumption that Erdoğan and his Islamic ideology are the sole actors in contemporary Turkey. This book provides unusual insight into the Turkish society bringing various topics together, and increases the dialogue for people interested in democratic struggles in 21st century under neoliberal authoritarian regimes in general.