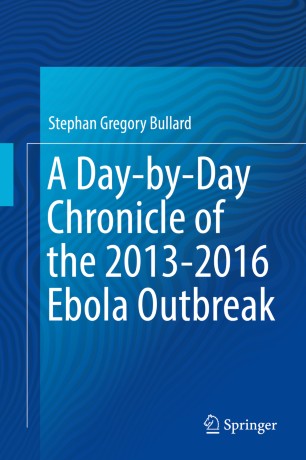 This powerful history describes the daily progression of the Ebola outbreak that swept across West Africa and struck Europe and America from December 2013 to June 2016. A case study on a massive scale, it follows the narratives of numerous patients as well as the journey of physicians and scientists from discovery to action and from tracking to containment. The unfolding story reveals ever-shifting complexities such as the varied paths the infection took from country to country, the multiple responses of community members, and the occurrence of flare-ups when the outbreak was seemingly over. The book’s finely-documented present-tense reporting records key facts, events, and observations, including:

Ebola remains incurable, although a vaccine is now available. For members of the medical community, public health officials, medical historians, scholarly professionals, and interested laypeople, A Day-by-Day Chronicle of the 2013-2016 Ebola Outbreak makes starkly clear what we can learn from these events not only for future outbreaks of Ebola, but also for the emergence of as-yet unknown diseases.