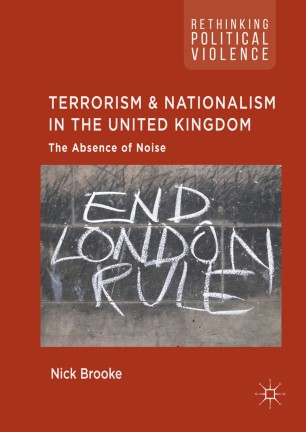 Terrorism and Nationalism in the United Kingdom

The Absence of Noise

This book makes a timely contribution to the analysis of nationalism and terrorism, and also the absence of terrorism. It proposes to analyses why Scottish, Welsh and English nationalism has never had as significant a turn to political violence as the case of Irish nationalism has. This will answer a question which is too rarely asked ‘why do certain groups not turn to terrorism?’ Nick Brooke makes an important contribution to debates on nationalism in the United Kingdom, as well as to debates on the relationship between nationalism and terrorism. Furthermore, the text provides complete narrative accounts of nationalist terrorism in Scotland, Wales and England, and considers how recent political developments impact the likelihood of further nationalist terrorism.
Nick Brooke is a Teaching Fellow in the Centre for the Study of Terrorism and Political Violence at the University of St Andrews, UK.