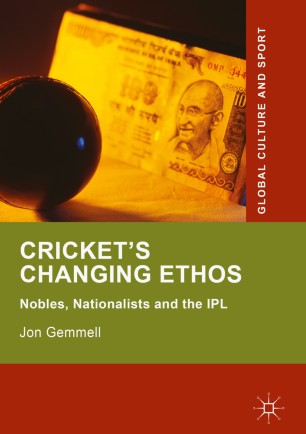 Nobles, Nationalists and the IPL

This book examines historically how cricket was codified out of its variant folk-forms and then marketed with certain lessons sought to reinforce the values of a declining landed interest. It goes on to show how such values were then adapted as part of the imperial experiment and were eventually rejected and replaced with an ethos that better reflected the interests of new dominant elites. The work examines the impact of globalisation and marketisation on cricket and analyses the shift from an English dominance, on a sport that is ever-increasingly being shaped by Asian forces.

The book’s distinctiveness lies in trying to decode the spirit of the game, outlining a set of actual characteristics rather than a vague sense of values. An historical analysis shows how imperialism, nationalism, commercialism and globalisation have shaped and adapted these characteristics. As such it will be of interest to students and scholars of sport sociology, post-colonialism, globalisation as well as those with an interest in the game of cricket and sport more generally.