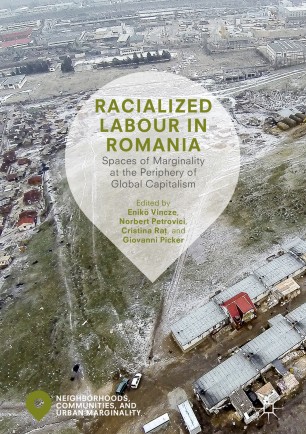 Spaces of Marginality at the Periphery of Global Capitalism

This book critically examines the making and persistence of impoverished areas at the margins of Romanian cities since the late 1980s. Through their historical outlook on political economy and social policy, combined with media and discourse analysis, the eight essays of Racialised Labour in Romania forge new and cutting-edge perspectives on how social class formation, spatial marginalization and racialisation intersect. The empirical focus on cities and the labour and the plight of the Roma in Central and Eastern Europe provides a vantage point for establishing connections between urban and global peripheries, and for reimagining the global order from its margins. The book will appeal to scholars, students, journalists and policy makers interested in Labour; Race and Ethnicity; Cities; Poverty; Social Policy; Political Economy and European Studies.