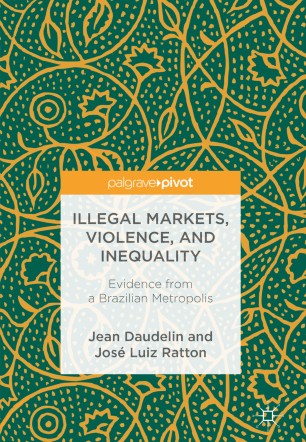 Evidence from a Brazilian Metropolis

This book challenges the quasi-consensus that Latin American countries dominate global homicide rankings mainly due to the illegal nature of drug production and trafficking. Building on US scholarship that looks at the role of social exclusion and discriminatory policing in drug violence, the authors of this volume show that the association between illegality and violence cannot be divorced from the inequality that prevails in those countries. This book looks in detail at the functioning of drug markets in Recife, the largest metropolitan area in Brazil’s North-East and, over the last 25 years, the heart of the country’s most violent metropolitan area. Building on extensive interviews and field work, the authors map out the city’s drug markets and explore the reasons why some of those markets are violent, and others are not. The analysis focuses on the micromechanics of each market, looking at consumption patterns and at the workings of retail sales and distribution. Such a systematic micro-level comparative analysis of the workings of Latin American drug markets is simply not available elsewhere in current literature. These findings point to significant gaps in current understandings of the link between illegal markets and violence, and they illuminate the need to factor in the way in which those markets are nested in exclusionary social contexts.