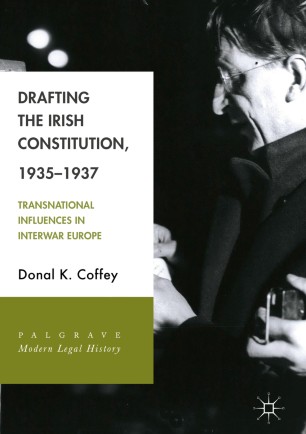 The second of two volumes, this book situates the drafting of the Irish Constitution within broader transnational constitutional currents. Donal K. Coffey pioneers a new method of draft sequencing in order to track early influences in the drafting process and demonstrate the importance of European influences such as the German, Polish, and Portuguese Constitutions to the Irish drafts. He also analyses the role that religion played in the drafting process, and considers the new institutions of state, such as the presidency and the senate, tracing the genesis of these institutions to other continental constitutions. Together with volume I, Constitutionalism in Ireland, 1932–1938, this book argues that the 1937 Constitution is only explicable within the context of the European and international trends which inspired it.