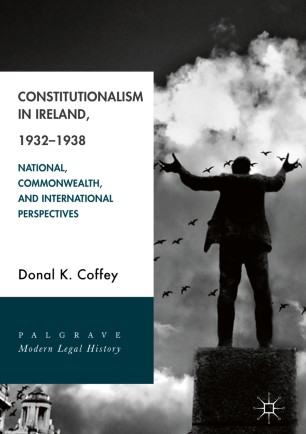 The first of two volumes, this book examines constitutionalism in Ireland in the 1930s. Donal K. Coffey places the document and its drafters in the context of a turbulent decade for the United Kingdom, the Commonwealth, and Europe. He considers a series of key issues leading up to its drafting, including the failure of the 1922 Constitution, the rise of nationalism in the 1920s and 1930s, and the abdication of Edward VIII. He sketches the drafting process, examines the roles of individual drafters and their intellectual influences, and considers the Constitution’s public reception, both domestically and internationally. This book illuminates a critical moment in Irish history and the confluence of national, Commonwealth, and international influences that gave rise to it, for scholars of Irish history as well as of legal, constitutional, and Commonwealth history more broadly.