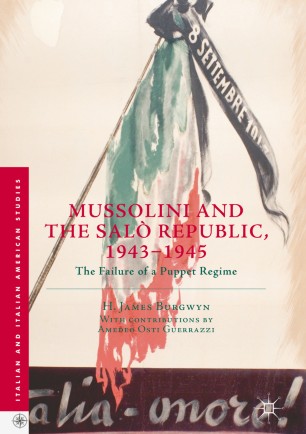 The Failure of a Puppet Regime

This book is a long overdue in-depth study of the Italian Social Republic. Set up in 1943 by Hitler in the town of Salò on Lake Garda and ruled by Mussolini, this makeshift government was a last-ditch effort to ensure the survival of Fascism, ending with the murder of Mussolini by partisans in 1945. The RSI was a loosely organized regime made up of professed patriots, apostles of law and order, and rogue militias who committed atrocities against presumed and real enemies. H. James Burgwyn narrates the history of the RSI, with vivid portraits of key figures and thoughtful analysis of how radical fascists managed to take the Salò regime from a dictatorship in Italy to a Continental nazifascismo, hand in hand with the Third Reich. This book stands as an essential bookend to the life of Mussolini, with new insights into the man who duped the Italian people and provoked a war that ended in catastrophic defeat.