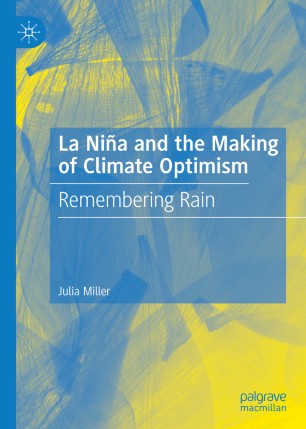 La Niña and the Making of Climate Optimism

This book examines the deep connection Australians have with their climate to understand contemporary views on human-induced climate change. It is the first study of the Australian relationship with La Niña and it explains how fundamental this relationship is to the climate change debate both locally and globally. While unease with the Australian environment was a hallmark of early settler relations with a new continent, this book argues that the climate itself quickly became a source of hope and linked to progress. Once observed, weather patterns coalesced into recognizable cycles of wet and dry years and Australians adopted a belief in the certainty of good seasons. It was this optimistic response to climate linked to La Niña that laid the groundwork for this relationship with the Australian environment. This book will appeal to scholars and students of the environmental humanities, history and science as well as anyone concerned about climate change.

Julia Miller is the Director of Academic Affairs for CAPA The Global Education Network in Sydney, Australia, where she teaches courses in the environmental humanities, Australian history and global studies. Previously, she taught modern history at Macquarie University, Australia.