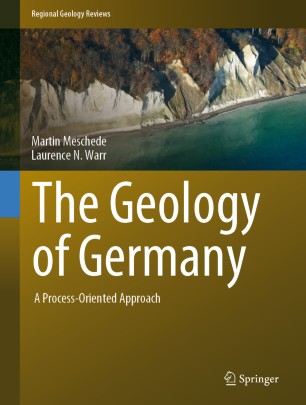 The Geology of Germany

This richly illustrated book presents Germany’s geological evolution in the context of the Earth’s dynamic history. It starts with an introduction to Geology and explains the plate tectonic development, as well as the formation of both ancient and recent mountain belts – namely the Caledonian, Variscan and the modern-day Alps – that formed this part of Europe. A dedicated chapter discusses the origin of earthquakes in Germany, the occurrence of young volcanic rocks and the various episodes of rock deformation and metamorphism at these complex crossroads of plate tectonic history.

The book highlights Germany’s diverse geological history, ranging from the origin of the Earth, the formation of deep crystalline rocks, and their overlying sedimentary sequences, to its more recent “ice age” quaternary cover. The last chapter addresses the shaping of the modern landscape. Though the content is also accessible for non-geologists, it is primarily intended for geoscience students and an academic audience.