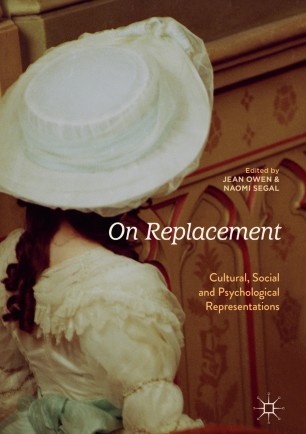 This book is an interdisciplinary study of the human drama of replacement. Is one’s irreplaceability dependent on surrounding oneself by a replication of others? Is love intrinsically repetitious or built on a fantasy of uniqueness? The sense that a person’s value is blotted out if someone takes their place can be seen in the serial monogamy of our age and in the lives of ‘replacement children’ – children born into a family that has recently lost a child, whom they may even be named after. The book investigates various forms of replacement, including AI and doubling, incest and bedtricks, imposters and revenants, human rights and ‘surrogacy’, and intertextuality and adaptation. The authors highlight the emotions of betrayal, jealousy and desire both within and across generations. On Replacement consists of 24 essays divided into seven sections: What is replacement?, Law & society, Wayward women, Lost children, Replacement films, The Holocaust and Psychoanalysis. The book will appeal to anyone engaged in reading cultural and social representations of replacement.

Professor Naomi Segal researches in comparative literature, psychoanalysis and the body at Birkbeck, University of London, UK. Her most recent monographs are Consensuality: Didier Anzieu, Gender and the Sense of Touch (2009) and André Gide: Pederasty and Pedagogy (1998). She has run Cultural Literacy in Europe (http://cleurope.eu/) since its origin in 2007.