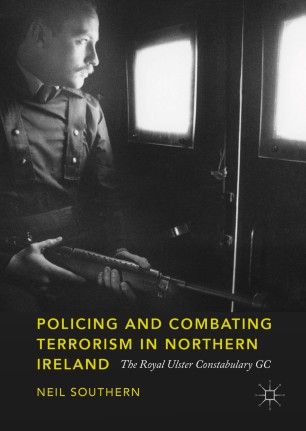 This book explores the challenges of combating terrorism from a policing perspective using the example of the Royal Ulster Constabulary GC (RUC) in Northern Ireland. The RUC was in the frontline of counter-terrorism work for thirty years of conflict during which time it also provided a normal policing service to the public. However, combating a protracted and vicious terrorist campaign exacted a heaving price on the force. Importantly, the book addresses a seriously under-researched theme in terrorism studies, namely, the impact of terrorism on members of the security forces. Accordingly, the book examines how officers have been affected by the conflict as terrorists adopted a strategy which targeted them both on and off duty. This resulted in a high percentage of officers being killed whilst off duty - sometimes in the company of their wives and children. The experience of officers' wives is also documented thus highlighting the familial impact of terrorism. Generally speaking, the victims of terrorist attacks have received scant scholarly attention which has resulted in victims' experiences being little understood. This piece of work casts a specific and unique light on the nature of victimhood as it has been experienced by members of this branch of the security forces in Northern Ireland.
Neil Southern is a Senior Lecturer in Politics in the Department of Psychology, Sociology and Politics at Sheffield Hallam University, UK. A recipient of the Lemberger-Mettrick Prize for Politics from The Queen's University of Belfast, he has also published academic articles in leading international journals on the theme of ethnic conflict.