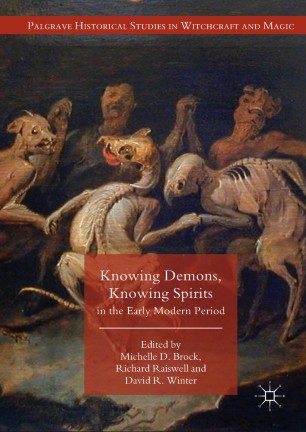 This book explores the manifold ways of knowing—and knowing about— preternatural beings such as demons, angels, fairies, and other spirits that inhabited and were believed to act in early modern European worlds. Its contributors examine how people across the social spectrum assayed the various types of spiritual entities that they believed dwelled invisibly but meaningfully in the spaces just beyond (and occasionally within) the limits of human perception. Collectively, the volume demonstrates that an awareness and understanding of the nature and capabilities of spirits—whether benevolent or malevolent—was fundamental to the knowledge-making practices that characterize the years between ca. 1500 and 1750.  This is, therefore, a book about how epistemological and experiential knowledge of spirits persisted and evolved in concert with the wider intellectual changes of the early modern period, such as the Protestant Reformation, the Scientific Revolution, and the Enlightenment.