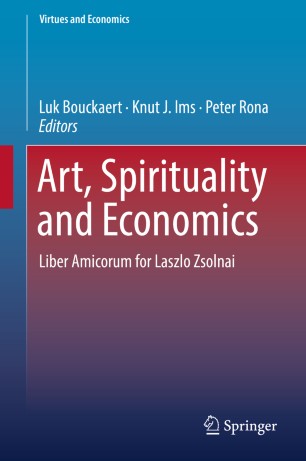 Part of the Virtues and Economics book series (VIEC, volume 2)

This volume celebrates the work of Laszlo Zsolnai, a leading researcher and scholar in the field of the ethical and spiritual aspects of economic life, who has made significant contributions to the connection between ethics, spirituality, aesthetics and economic theory. The book offers a selection of essays concerned with the ethical, spiritual and aesthetic context within which economics as a social studies discipline should be situated in order to avoid the sort of dehumanising consequences that theories based on utility maximisation and rational choice necessarily entail. It presents the economic activities of human beings not as some sort of preordained obedience to universal laws that operate independently of other human concerns, but, rather, as a part of the human desire for the Aristotelian good life. It looks at the various considerations –moral, spiritual and aesthetic – that take part in the formation of economic decisions in sharp contrast with theories that purport to explain economic phenomena solely on the basis of utility maximisation.