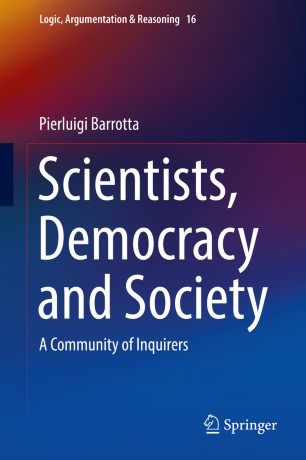 A Community of Inquirers

This monograph examines the relationship between science and democracy. The author argues that there is no clear-cut division between science and the rest of society. Rather, scientists and laypeople form a single community of inquiry, which aims at the truth.

Coverage includes a wide range of topics, such as: the ideal of value-free science, the is/ought divide, “thick terms” and the language of science, inductive risk, the dichotomy between pure science and applied science, constructivism and the philosophy of risk. It also looks at the concepts of truth and objectivity, the autonomy of science, moral and social inquiry, perfectionism and democracy, and the role of experts in democratic societies.

The style is philosophical, but the book features many examples and case-studies. It will appeal to philosophers of science, those in science and technology studies as well as interested general readers.

Pierluigi Barrotta (b. 1958) is full Professor of Philosophy of Science and Director of the Department of Civilizations and Forms of Knowledge at the University of Pisa. He has published in history and philosophy of science, the epistemology of economics and the social sciences, the epistemology of environmental sciences, and the dialectical rationality in science. He is currently carrying out research on the relationships between science and democracy.