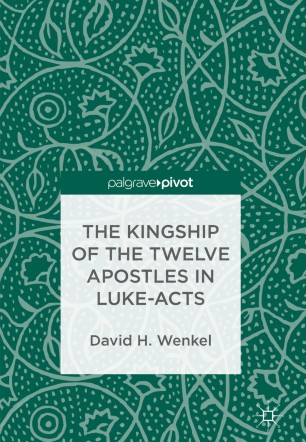 The Kingship of the Twelve Apostles in Luke-Acts

In the Gospel of Luke, Jesus promised his disciples kingship and thrones of judgment at the Last Supper. Many commentators have long seen this as a totally futuristic promise that is unrelated to the book of Acts. David H. Wenkel argues that the Twelve inaugurated their co-regency with Christ in the events surrounding Pentecost. This study begins by situating the material of Luke-Acts within the framework of Jewish inaugurated eschatology. It then argues that the kingship promised to the disciples has begun to be fulfilled in the book of Acts. This explains why it was so critically important to replace Judas with Matthias and re-establish the Twelve. It is a step toward re-framing the whole relationship between Luke and Acts within inaugurated eschatology.