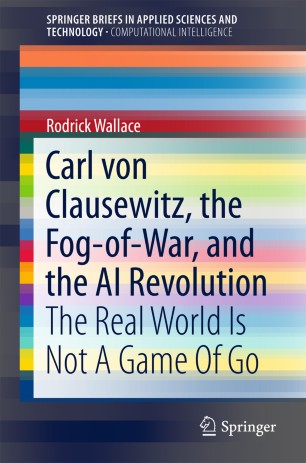 Carl von Clausewitz, the Fog-of-War, and the AI Revolution

The Real World Is Not A Game Of Go

The language of business is the language of dreams, but the language of war is the language of nightmare made real. Yet business dreams of driverless cars on intelligent roads, and of other real-time critical systems under the control of algorithmic entities, have much of war about them. Such systems, including military institutions at the tactical, operational and strategic scales, act on rapidly-shifting roadway topologies whose ‘traffic rules’ can rapidly change.  War is never without both casualty and collateral damage, and realtime critical systems of any nature will inevitably partake of fog-of-war and frictional challenges almost exactly similar to those that have made warfare intractable for modern states.  Into the world of Carl von Clausewitz, John Boyd, Mao Tse-Tung, Vo Nguyen Giap and Genghis Khan, come the brash, bright-eyed techies of  Alphabet, Microsoft, Amazon, and Uber who forthrightly step in where a phalanx of angels has not feared to tread, but treaded  badly indeed. In this book we use cutting-edge tools from information and control theories to examine canonical and idiosyncratic failure modes of real-time cognitive systems facing fog-of-war and frictional constraints. In sum,  nobody ever navigates, or can navigate, the landscapes of Carl von Clausewitz unscathed.