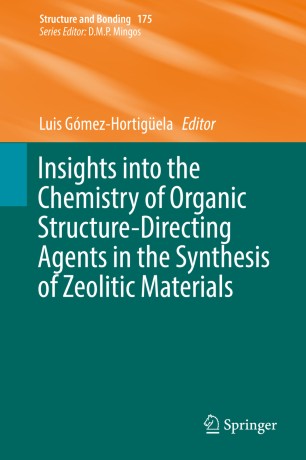 Part of the Structure and Bonding book series (STRUCTURE, volume 175)

This edited volume focuses on the host-guest chemistry of organic molecules and inorganic systems during synthesis (structure-direction).  Organic molecules have been used for many years in the synthesis of zeolitic nanoporous frameworks. The addition of these organic molecules to the zeolite synthesis mixtures provokes a particular ordering of the inorganic units around them that directs the crystallization pathway towards a particular framework type; hence they are called structure-directing agents. Their use has allowed the discovery of an extremely large number of new zeolite frameworks and compositions.

This volume has interdisciplinary appeal and will engage scholars from the zeolite community with a general interest in microporous materials, which involves not only zeolite scientists, but also researchers working on metal-organic framework materials.  The concepts covered will also be of interest for researchers working on the application of materials after encapsulation of molecules of interest in post-synthetic treatments. Further the work explores the main aspects of host-guest chemistry in hybrid organo-inorganic templated materials, which covers all types of materials where organic molecules are used as templates and are confined within framework-structured inorganic materials (intercalation compounds). Therefore the volume is also relevant to the wider materials chemistry community.