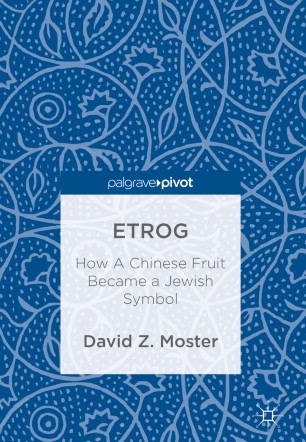 How A Chinese Fruit Became a Jewish Symbol

Every year before the holiday of Sukkot, Jews all around the world purchase an etrog—a lemon-like fruit—to participate in the holiday ritual. In this book, David Z. Moster tracks the etrog from its evolutionary home in Yunnan, China, to the lands of India, Iran, and finally Israel, where it became integral to the Jewish celebration of Sukkot during the Second Temple period. Moster explains what Sukkot was like before and after the arrival of the etrog, and why the etrog’s identification as the “choice tree fruit” of Leviticus 23:40 was by no means predetermined. He also demonstrates that once the fruit became associated with the holiday of Sukkot, it began to appear everywhere in Jewish art during the Roman and Byzantine periods, and eventually became a symbol for all the fruits of the land, and perhaps even the Jewish people as a whole.