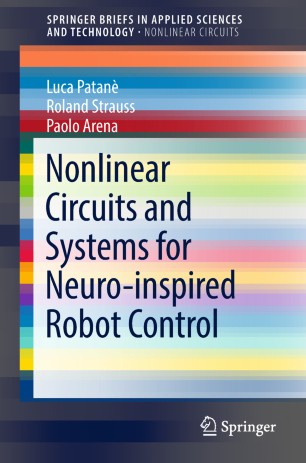 This book guides readers along a path that proceeds from neurobiology to nonlinear-dynamical circuits, to nonlinear neuro-controllers and to bio-inspired robots. It provides a concise exploration of the essence of neural processing in simple animal brains and its adaptation and extrapolation to modeling, implementation, and realization of the analogous emergent features in artificial but bio-inspired robots: an emerging research field.

The book starts with a short presentation of the main areas of the Drosophila brain. These are modeled as nonlinear dynamical structures, which are then used to showcase key features like locomotion, motor learning, memory formation, and exploitation. It also discusses additional complex behaviors, such as sequence learning and perception, which have recently been discovered to exist in insects. Much of the material presented has been tested in biorobotics classes for the Master’s degree in Automation Engineering and Control of Complex Systems at the University of Catania.

Reporting on the work fostered by several national and international research projects, the book offers researchers novel ideas on how neuro-inspired dynamics can be used in developing the autonomous machines of the future.