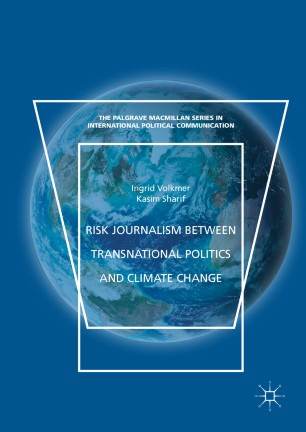 This book introduces a new methodology to assess the way in which journalists today operate within a new sphere of communicative ‘public’ interdependence across global digital communities by focusing on climate change debates. The authors propose a framework of ‘cosmopolitan loops,’ which addresses three major transformations in journalistic practice: the availability of ‘fluid’ webs of data which situate journalistic practice in a transnational arena; the increased involvement of journalists from developing countries in a transnationally interdependent sphere; and the increased awareness of a larger interconnected globalized ‘risk’ dimension of even local issues which shapes a new sphere of news ‘horizons.’ The authors draw on interviews with journalists to demonstrate that the construction of climate change ‘issues’ is increasingly situated in an emerging dimension of journalistic interconnectivity with climate actors across local, global and digital arenas and through physical and digital spaces of flows.
Ingrid Volkmer is Professor at the School of Culture and Communication, Faculty of Arts, University of Melbourne, Australia.​
Kasim Sharif is Lecturer at the School of Culture and Communication, University of Melbourne, Australia.