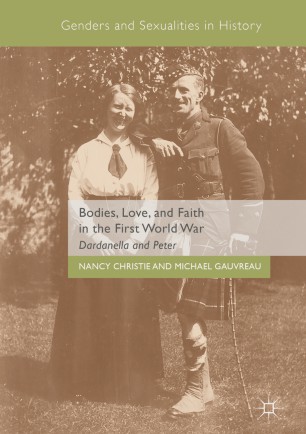 Bodies, Love, and Faith in the First World War

This book explores the courtship and marriage of Gwyneth Murray, an English woman, and a Canadian, Harry Logan, who wrote in the personae of their vagina (Dardanella) and penis (Peter) during World War I.  Through an analysis of their extensive daily correspondence over nearly a decade, it uncovers the couple’s changing attitudes to the intersection of sexuality and religion, to marriage and childrearing, as they navigated the transition from Victorian to modern values.  By focusing on first-person narratives, this book enriches our understanding of gender identities revealing how porous the boundaries remained between notions of 'heterosexual' and 'same-sex' friendships.  This study offers an unprecedented perspective on one couple’s sexual practices, which included mutual masturbation and oral sex, and constitutes one of the most intensive examinations of female attitudes to sexual pleasure in an era of female emancipation.