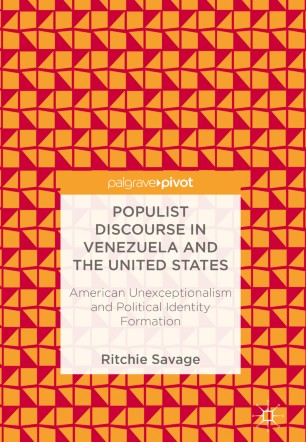 Populist Discourse in Venezuela and the United States

Using the conceptual framework of populism as discourse, Ritchie Savage provides a comparative analysis of U.S. and Latin American speeches and articles covering Betancourt’s Acción Democrática, Chávez, McCarthyism, and the Tea Party. In so doing, he reveals an essential structure to populist discourse: reference to the "opposition" as a representation of the persistence of social conflict, posed against a collective memory of the origins of democracy and struggle for equality, is present in all cases. This discursive formation of populism is carried out in comparisons of political discourse in the United States and Venezuela, two countries that are typically classified as empirically specific in their economic and political development and ideological orientation. Populist Discourse in Venezuela and the United States explores how instances of populism, once exceptional phenomena within modern forms of political rule, are becoming increasingly integrated with the structure of democratic politics.