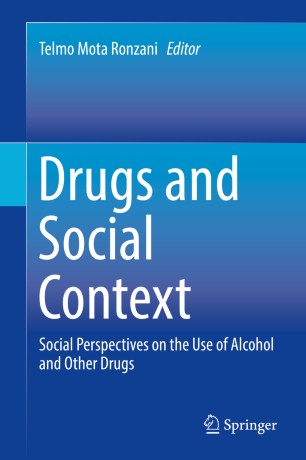 Social Perspectives on the Use of Alcohol and Other Drugs

This book goes beyond the traditional approaches to drug use and discusses the issue from a societal perspective, integrating contributions from different disciplines such as psychology, public health, anthropology, law, public policies and sociology to address specifically the social aspects of the phenomenon. Given its complexity, drug use demands a multidisciplinary approach from many different perspectives, but despite the vast literature about the topic, the majority of the books are restricted either to a purely medical perspective (focused mainly on treatment techniques) or to a criminological perspective (focused mainly on drug trafficking and organized crime).

The social approach adopted in this volume challenges this dichotomy and analyzes both the social contexts to which drug use is related and the social and political consequences of the attitudes and policies adopted by governments and other social groups towards drug users, addressing topics such as:

Given its broad and innovative approach, Drugs and Social Context - Social Perspectives on the Use of Alcohol and Other Drugs will be of interest for researchers, clinicians and other health professionals, since the study of the social aspects of drug use is central to everyone who deals with the issue.