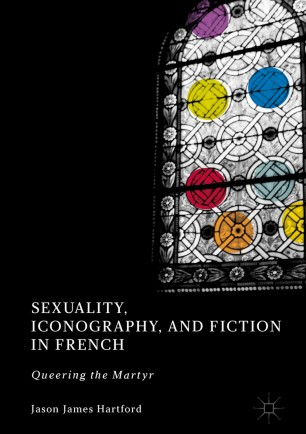 Sexuality, Iconography, and Fiction in French

This book explores the modern cultural history of the queer martyr in France and Belgium. By analyzing how popular writers in French responded to Catholic doctrine and the tradition of St. Sebastian in art, Queering the Martyr shows how religious and secular symbols overlapped to produce not one, but two martyr-types: the queer type, typified first by Gustave Flaubert, which is a philosophical foil, and the gay type, popularized by Jean Genet but created by the Belgian Georges Eekhoud, which is a political and pornographic device. Grounded in feminist queer theory and working from a post-psychoanalytical point of view, the argument explores the potential and limits of these two figures, noting especially the persistence of misogyny in religious culture.

Jason Hartford is Stipendiary Lecturer in French at Merton College, Oxford, UK. He publishes on modern fictional, filmic, and theoretical topics, working from a comparative, cognitive, and queer-theoretical perspective. He has taught at the universities of Grenoble, Oxford, Sheffield, Avignon, Exeter, Stirling, Maynooth, and Chester. This is his first book.