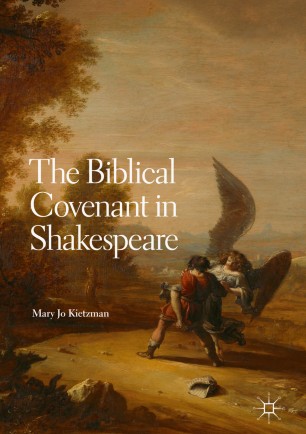 The Biblical Covenant in Shakespeare

The theo-political idea of covenant—a sacred binding agreement—formalizes relationships and inaugurates politics in the Hebrew Bible, and it was the most significant revolutionary idea to come out of the Protestant Reformation.  Central to sixteenth-century theology, covenant became the cornerstone of the seventeenth-century English Commonweath, evidenced by  Parliament’s passage of the Protestation Oath in 1641 which was the “first national covenant against popery and arbitrary government,” followed by the Solemn League and Covenant in 1643. Although there are plenty of books on Shakespeare and religion and Shakespeare and the Bible, no recent critics have recognized how Shakespeare’s plays popularized and spread the covenant idea, making it available for the modern project.  By seeding the plays with allusions to biblical covenant stories, Shakespeare not only lends ethical weight to secular lives but develops covenant as the core idea in a civil religion or a founding myth of the early-modern political community, writ small (family and friendship) and large (business and state).  Playhouse relationships, especially those between actors and audiences, were also understood through the covenant model, which lent ethical shading to the convention of direct address.  Revealing covenant as the biblical beating heart of Shakespeare’s drama, this book helps to explain how the plays provide a smooth transition into secular society based on the idea of social contract.