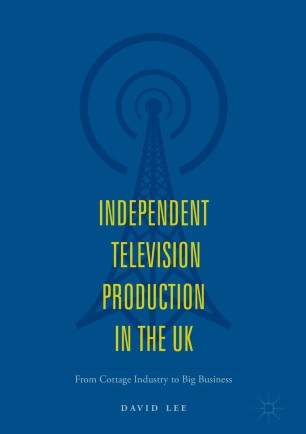 Independent Television Production in the UK

From Cottage Industry to Big Business

This book is the first authoritative account of the UK’s independent television production sector, following the creation of Channel 4 in 1982. It examines the rise of a global industry, increasingly interconnected through format development, distribution, ancillary sales and rights. Drawing on case studies, interviews and policy analysis; the author considers the cultural politics behind the growth of the ‘indies’, the labour conditions for workers in this sector, and some of the key television programmes that have been created within it. Filling an important gap in our understanding, this book constitutes a comprehensive account of this vital cultural industry for students, academics and researchers working in the areas of the cultural and creative industries, media and cultural policy and television studies.

David Lee is Lecturer in Cultural Industries and Communication at the University of Leeds, UK. He is the co-author of Culture, Economy and Politics: The Case of New Labour (2015) and co-editor of Advancing Media Production Research (2016). He has published extensively in refereed journals and his research has been funded by the AHRC and the ESRC.

“As the first book-length academic study of the UK independent television production sector, this book will surely become a widely-cited resource for scholarship and teaching about present-day British television.  Grounded in theory and informed by interviews with practitioners, it offers a coherent examination of the changing contexts of labour and production within a sector increasingly dominated by ‘super-indies’.  So it deserves to be widely read by those interested in broadcasting history, the precarity of media work, and perceptions of profitability and value in UK media production.” (Peter Goddard, Department of Communication and Media, University of Liverpool, UK)

“This is a timely book and a landmark analysis. It charts the transformation of British ‘independent’ TV as the delivery of audio visual content and its consumption transform apace, and the legitimacy of public service broadcasting is questioned afresh amidst deep fractures in collective identity. David Lee firmly situates independent TV production in the debate on creative labour and cultural value, exposing the contradictions lived by those working in the industry.” (Philip Schlesinger, Professor in Cultural Policy, University of Glasgow)

“In studies of media industries it remains rare to find an analysis that takes history, structure, creative labour and questions of value equally seriously. In his study of the British independent television sector, David Lee achieves just that, providing a comprehensive account of the shifting dynamics of independent television production. This is an important book that will be of great value to students and researchers, as well as those who work in the industry.” (Anamik Saha is Lecturer in Media and Communications at Goldsmiths, University of London and author of Race and the Cultural Industries)