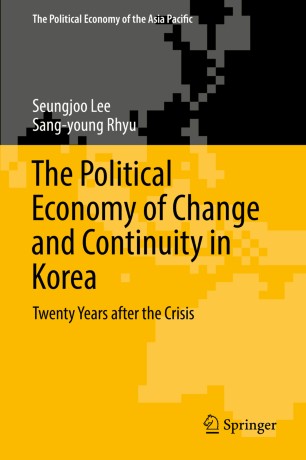 The Political Economy of Change and Continuity in Korea

Twenty Years after the Crisis

This book analyzes the transformation of Korean political economy since the 1990s. In the wake of the Asian financial crisis of 1997, the political economy of South Korea has evolved around two diametrically opposed features: convergence into the Anglo-American model and the state-led strategic restructuring of industries. To unravel the peculiar nature of the political economy in Korea, the authors first identify major factors that contributed to the dual dynamics of change and continuity in Korea: external pressures, ideological shift in political leadership, and the pivotal role of the Korean government. Next, they examine the way in which these factors interacted with each other to reshape the evolutionary path of the Korean political economy. Using several case studies, the authors take us through the stages of this transformation, from the reform of the chaebols to the industrial restructuring of the auto, IT, and aerospace industries to the rise of South Korea’s Free Trade Agreements (FTA) initiative. In explaining the role that the dual dynamics of change and continuity play in modern Korean political economy, this book makes an important contribution to the existing literature and will be of interest to scholars and policy-makers concerned with development in Korea and the Asia-Pacific.​