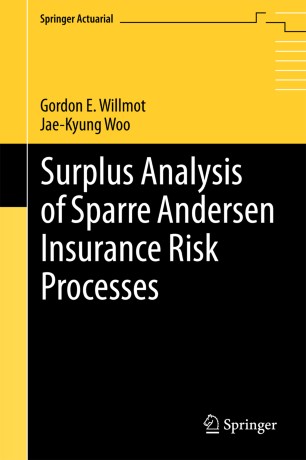 This carefully written monograph covers the Sparre Andersen process in an actuarial context using the renewal process as the model for claim counts.

A unified reference on Sparre Andersen (renewal risk) processes is included, often missing from existing literature. The authors explore recent results and analyse various risk theoretic quantities associated with the event of ruin, including the time of ruin and the deficit of ruin. Particular attention is given to the explicit identification of defective renewal equation components, which are needed to analyse various risk theoretic quantities and are also relevant in other subject areas of applied probability such as dams and storage processes, as well as queuing theory.

Aimed at researchers interested in risk/ruin theory and related areas, this work will also appeal to graduate students in classical and modern risk theory and Gerber-Shiu analysis.