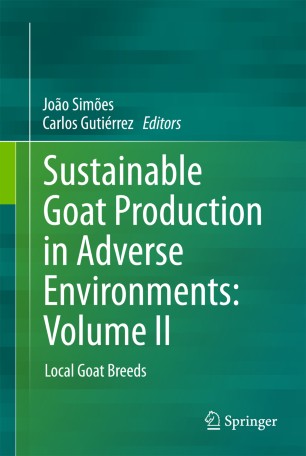 The topic of this highly readable book includes the disciplines of animal physiology, breeding, sustainable agriculture, biodiversity and veterinary science, and as such it provides valuable information for academics, practitioners, and general readers with an interest in those fields.

Born in 1967 in Portugal and son of small farmers, João Simões soon developed an affinity for agriculture and livestock that was to shape his professional life and career. From 1993, as a DVM he mainly worked in large-animal clinics. Simultaneously, he joined the Portuguese academy as a professor at the School of Veterinary Sciences, University of Trás-os-Montes e Alto Douro. His academic research is focused on goat reproduction, and he obtained his PhD degree in Veterinary Science on the subject in 2004. He has written numerous scientific and technical publications in collaboration with veterinary students, producers and national agricultural associations. He lives with his wife and two small children in the mountain region of northeast Portugal.

Carlos Gutiérrez received the DVM in 1986, Diploma in Public Health in 1988, PhD in 1995, M.Sc. in 2003, and Diplom ECSRHM in 2013. Currently, he is a professor at the School of Veterinary Sciences, University of Las Palmas de Gran Canaria, Spain, and Head of the Large Animal Unit, Teaching Veterinary Hospital. He is particularly interested in tropical animal diseases (trypanosomosis in particular), zoonosis and metabolic diseases affecting dairy goats.