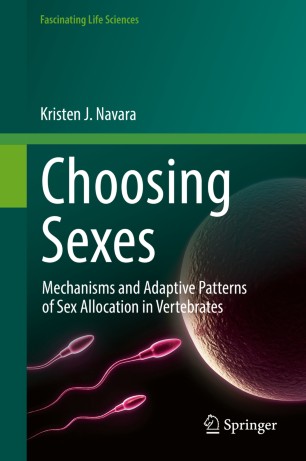 Mechanisms and Adaptive Patterns of Sex Allocation in Vertebrates

There is extensive evidence that vertebrates of all classes have the ability to control the sexes of the offspring they produce.  Despite dramatic differences in the mechanisms by which different taxa determine the initial sex of offspring, each group has found its own way of adjusting offspring sex ratios in response to social and environmental cues.  For example, stress is a well-known modulator of offspring sex in members of all groups studied to date. Food availability, and limitation in particular, is another common cue that stimulates biases in offspring sex ratios in a wide variety of species. Offspring sex can be adjusted at the primary level, which occurs prior to conception, or at the secondary level, during embryonic development. While the mechanistic pathways that ultimately result in sex ratio biases and the developmental time-points sensitive to those mechanisms likely differ among taxa, the key involvement of steroid hormones in the process of sex ratio adjustment appears to be pervasive throughout.

This book reviews the systems of sex determination at play in different vertebrate groups, summarizes the evidence that members of all vertebrate taxa can facultatively adjust offspring sex, and discusses when and how these adjustments can take place.