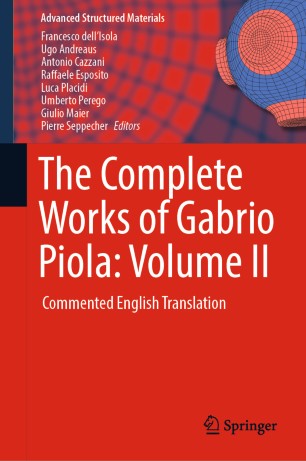 This book presents the second volume of Piola’s original Italian text together with the English-language translation and comments, showing convincingly that Gabrio Piola’s work must still be regarded as a modern theory. Gabrio Piola’s work has had an enormous impact on the development of applied mathematics and continuum mechanics. As such, a committee of scientific experts took it upon themselves to translate his complete works. In a second step, they commented on Piola’s work and compared it to modern theories in mechanics in order to stress Piola’s impact on modern science and prove and confirm that he achieved significant milestones in applied mathematics.