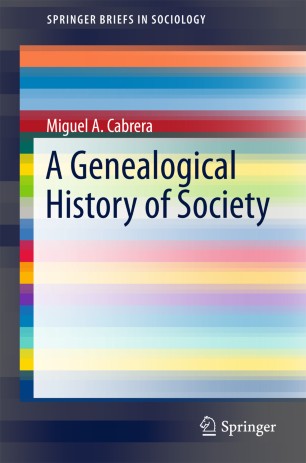 A Genealogical History of Society

This book provides a detailed reconstruction of the process of formation of the modern concept of society as an objective entity from the 1820s onwards, thus helping to better understand the shaping of the modern world and the nature of the current crisis of modernity. The concept has exerted considerable influence over the last two centuries, during which time many people have conceived themselves and behave as members of a society, and social scientists have explained human subjectivities and conducts as social effects. For both groups, society exists as a very real phenomenon. Historical inquiry shows, however, that the modern concept of society is no more than a historically contingent way of imagining and making sense of the human world.

Miguel A. Cabrera (1960) is Professor of Modern History at the University of La Laguna, Tenerife, Spain. He has investigated on subjects such as the history of social citizenship and social reformism. He is also a specialist in historiographical studies, history of concepts, and the history of Modernity.