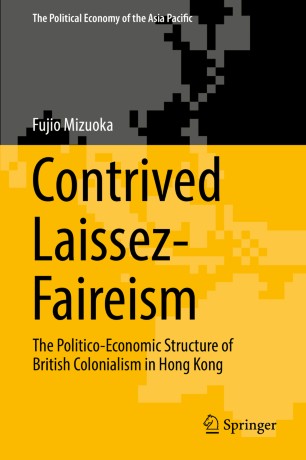 The Politico-Economic Structure of British Colonialism in Hong Kong

This book analyses neo-liberal economic policy in Hong Kong and its relationship to British colonial governance. Using historical, political, and economic examples, the author argues that the growth and stability experienced by Hong Kong in the post-WWII/pre-1997 era was a direct result of policies enacted by the British in an effort to maintain colonial dominance in an era of decolonization rather than the independent workings of the free market. The book works through examples of policies employed by the British in Hong Kong, such as the creation of artificial scarcity in colonial land policy, the construction of large-scale public housing and the Mass Transit Railway System, and education policy that favored competition. Challenging long-accepted narratives, this book draws a direct line between market fundamentalism and direct colonial control. As such, this book will be of interest to scholars and students of economics, political science, history, and those studying the Asia-Pacific region.