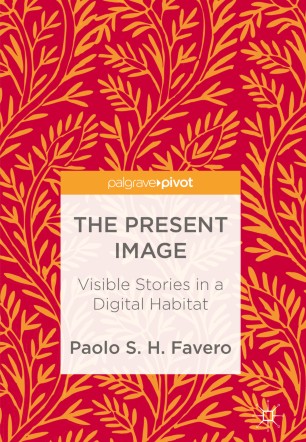 Visible Stories in a Digital Habitat

The Present Image explores the world of images in the contemporary, increasingly digitized, habitats of the world. Moving across a theoretical spectrum that brings visual and digital culture in touch with anthropology, political theory, phenomenology and art-history, and based on the author’s practice-based involvement with images, the book argues against the idea of the digital as a revolution in the world of images. “Present images” are the result of a dialectic between the material and the immaterial, the manual and the mechanical, the visible and the audible, the old and the new. Offering an analysis containing simultaneously elements of timeliness and timelessness, the book addressed practices such as VR and 360 degrees, iDocs and action cameras in a dialogue with classical art, religious iconography, early photography and contemporary art. In the final chapter the book explores the significance of images and image-making in the context of dying, mourning and living.

Paolo S. H. Favero is Associate Professor in Film Studies and Visual Culture at the University of Antwerp, Belgium. A visual anthropologist, he has devoted his career to the study of visual culture in India. His core interest is the role of images (new and old) in human life.