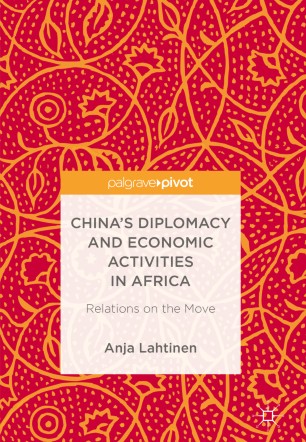 Relations on the Move

This book advocates a broad outlook of China-Africa relations and highlights China’s soft power in Africa. Lahtinen discusses China’s impact in generating economic growth and argues how some African countries have become too dependent on it, as exposed by the recent economic downturn. This book not only bestows the rational and politics of China in Africa in its pursuit of global power in the changing economic and political landscape, but also opens and tackles issues of ideology, Confucianism, China Dream, soft power, culture, democracy, human rights, and geopolitics. Lahtinen argues that unlocking Africa's potential and its trajectory is up to Africa. This book provides an invaluable resource for politicians, policy advisers, researchers, practitioners, people in business and civic organization, and students of China studies, African studies, and international relations.
Anja Lahtinen is the former Director of the Confucius Institute at the University of Helsinki, Finland. Her current research focuses on China in Africa, as a geopolitical player, as well as on its economic and cultural activities.