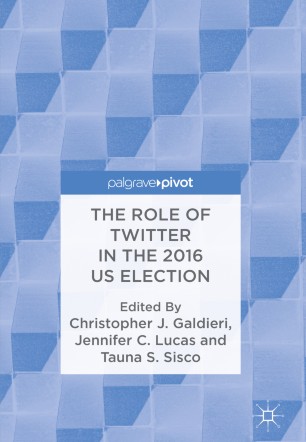 This book assembles six chapters by respected and emerging scholars in political science and communication to produce a first sustained look at Twitter's role in the 2016 US Presidential Election. While much attention has already been paid to Trump's use of Twitter as a phenomenon—how it helps drive news cycles, distracts attention from other matters, or levies attacks against rivals, the news media, and other critics—there has been little scholarly analysis of the impact Twitter played in the actual election. These chapters apply an impressive diversity of theoretical explanations and methodological approaches to explore how this new technology shaped an American election, and what impact it could have in the future.