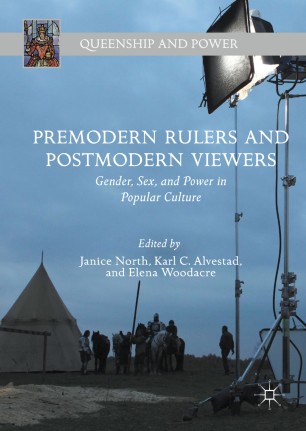 Pop culture portrayals of medieval and early modern monarchs are rife with tension between authenticity and modern mores, producing anachronisms such as a feminist Queen Isabel (in RTVE’s Isabel) and a lesbian Queen Christina (in The Girl King). This book examines these anachronisms as a dialogue between premodern and postmodern ideas about gender and sexuality, raising questions of intertemporality, the interpretation of history, and the dangers of presentism. Covering a range of famous and lesser-known European monarchs on screen, from Elizabeth I to Muhammad XII of Granada, this book addresses how the lives of powerful women and men have been mythologized in order to appeal to today’s audiences. The contributors interrogate exactly what is at stake in these portrayals; namely, our understanding of premodern rulers, the gender and sexual ideologies they navigated, and those that we navigate today.