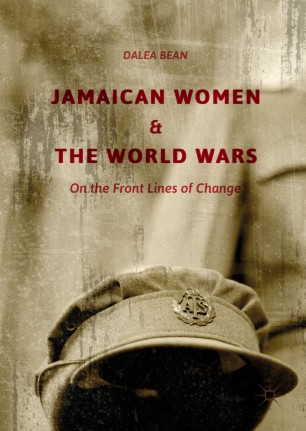 Jamaican Women and the World Wars

On the Front Lines of Change

This book highlights the important, yet often forgotten, roles that Jamaican women played in the World Wars. Predicated on the notion that warfare has historically been an agent of change, Dalea Bean contends that traces of this truism were in Jamaica and illustrates that women have historically been part of the war project, both as soldiers and civilians. This ground-breaking work fills a gap in the historiography of Jamaican women by positioning the World Wars as watershed periods for their changing roles and status in the colony. By unearthing critical themes such as women’s war work as civilians, recruitment of men for service in the British West India Regiment, the local suffrage movement in post-Great War Jamaica, and Jamaican women’s involvement as soldiers in the British Army during the Second World War, this book presents the most extensive and holistic account of Jamaican women’s involvement in the wars.