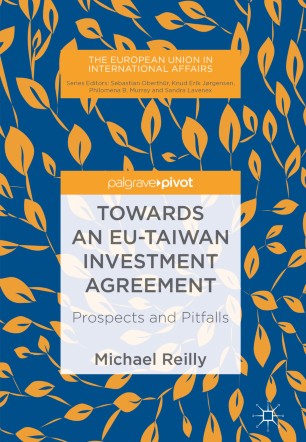 Towards an EU-Taiwan Investment Agreement

In late 2015, against a background of growing populist opposition to international trade agreements, the European Commission announced its willingness to negotiate a comprehensive bilateral investment agreement with Taiwan. While this should be relatively straightforward, this book warns that it is unlikely to be so. The major stumbling block is not Chinese opposition, as is so often assumed, or populist resistance but a lack of sufficient political will on both sides. This stems from a mutual lack of awareness which in turn is due to the relative stagnation of bilateral trade. A successful outcome would therefore act as a catalyst in developing relations further. The author examines the principal obstacles to reaching an agreement and the ways of overcoming them. The book should be of interest to policy makers, negotiators and advisors involved in the forthcoming negotiations but also to anyone with an interest in the EU’s relations with Taiwan.